What a Great Idea!!!

Today is the day all employees need to work for our good furiend Eduardo. Yesterday, the AO4 gave me a great idea that would mean that I could both work for Eduardo AND test out their theory about the mystery object. And then later Huffle suggested a similar possibility.

Here is what Dave told us: And the thing on the carpet? I asked Ammy and she said it's a stuffy seed. You plant it in your garden, and you'll grow a stuffy tree. Then she giggled. She's not setting me up, is she?
Luv,
Dave

And Huffle added: It looks like a squirrel paw. Maybe you can plant it and grow a squirrel tree, then you'll have your very own supply to chase.

How awesome would it be to have a stuffy tree or a squirrel tree? 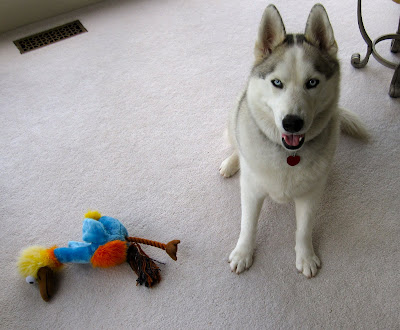 A lot of you seem to think it is a part of some stuffy here. But since I don't do anything naughty like detach body parts, I can't imagine that is what it could be. I honestly don't know WHERE that thing came from. Do you?

Since I still don't know exactly WHAT it is, I decided that I would test out Dave and Ammy's idea while I was working for Eduardo. 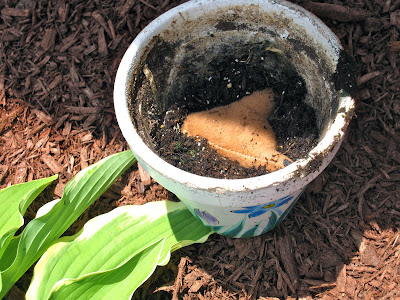 So I found this pot partially filled with some soil
and plopped that "seed" right in there. 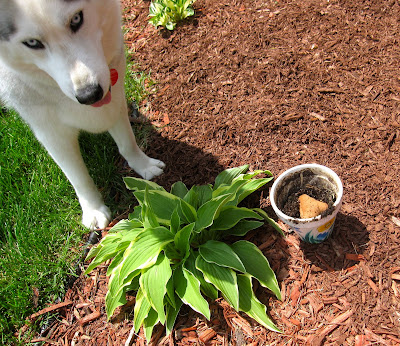 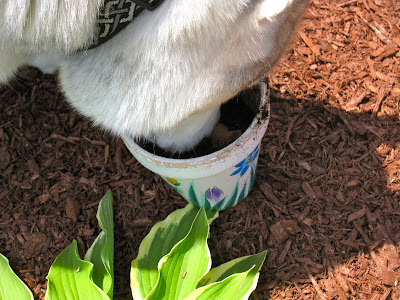 I guess I should tamp it down a bit with my snooter, but not too hard. 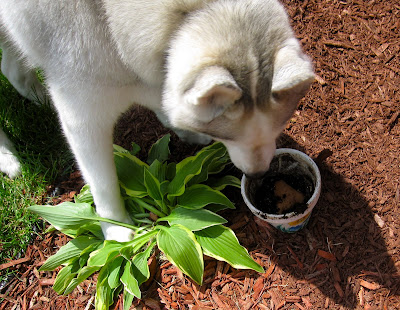 OK, that looks pretty good. Now to get some more dirt. 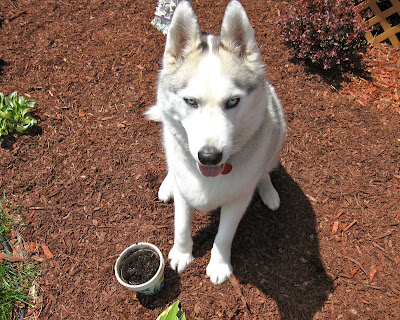 What do you mean, I can't use the hose to water my seed?
Don't you trust ME with water?
I don't know why Mom is laughing at me, she seems to think I missed something in my post - what could she mean? Did you see anything I missed? Ha rooooo rooooooo!

I can't WAIT to see what grows out of this! I don't know what you missed; your mum is mean for laughing at you.

NAK and The Residents of The Khottage said...

I khan't wait to see what emerges from that pot!

I'm sure TD knows how to water it!

After all, boys will be boys!

This is a big mystery. I am not sure you should plant things you don't know the origin of, but you are far enough away that I can watch in safety lest you hatch a Lacie beast or some other horror.

Not sure what you missed, either...

I can't wait to see what grows...Stuffies or Squirrels - makes no difference to me...

If this works out, maybe you could send me a little seedling to plant??

This is indeed a mysterious mystery and we can't wait to see what grows!

Your Friends,
Tommy and The Girls

Hmmm. .. I can't wait to see what happens! I bury my bones outside a lot--but none of them have grown into bone trees, yet. I'm waiting.

Well we will be very interested to follow this experiment. So far everything we have planted outside has stayed planted!
Still you dont know until you try. It could be that your mom will not be laughing when she sees what you have grown!
love
Martha & Bailey xx

Hmmm, things never stay buried for long here, I like to re-dig them up, after Scampi buries them, so I don't know what will grow. I will be watching....
~puppy kisses~
-Kira The BeaWootiful

I am not sure what you missed, but I will be watching to see what grows. =)

we can't wait too ... I hope your watering hose is not as noxious as mine ...hehehe. Best stick to the real garden hose, that way we can at least hope your 'seed' will grow.

Tuffy and the Dog WOods Pack

Oh that poor flamingo creature....is it missing a foot??? :0

The Army of Four said...

Ah wooooooo! I just can't WAIT to see what grows! This is so exciting! Way to go, TD!!!
Luv,
Dave

I also cant wait to see what emerges from the pot. The look on your face is priceless.

I don't see it, but I know another source of liquid to water that pot. Want me to come over and stain it ;)

you are a very smart dog to grow your own stuffy tree or squirrel tree. either way, you know you are going to get something great. we were kind of hoping that you would dig a big hole in the middle of the grass to plant it, but your mom probably appreciates the way that you decided to do it. good luck and be sure to let us know its progress when it starts growing.

Woo hoo! A stuffy tree! If that works, how about a treat tree, or a money tree? Good work, Thunder!

Our Mommy is laughing at you too, she is mumbling something about a snipe hunt. We have no idea what she is talking about she has never taken us snipe hunting, it sounds like fun though. We can't wait to see what you grow from your seed. ~Socks, Scylla, Charybdis & Fenris

I think you forgot to fertilize it, TD. My mom fertilizes when she plants..and I think it really helps. Give it a shot, m'kay?

I hope its a stuffee tree and grows lots of stuffees.

Good job on the planting, Thunder, now all you gotta do is sit back and wait. Oh, make sure its in a sunny spot! I would also like to put my order in for a couple of stuffees, please!

I think you did a great job! I can't wait to see what happens. I would love my very own stuffie/squirrel tree!!

Oh we are sure it will grow. Louie can help you with the hose. He loves that thing. Dad says it seem to always be getting shorter..
Yepper Toph is the human brother.. Yes he looks just like his Dad but he was born on Mom's Birthday so she doesn't have those anymore. At least that is what she says..

I hope your "seed" grows into a nice stuffie tree!

My imagination is working like crazy but I really have no idea what is going to grow!
Kisses and hugs
Lorenza

Looks like you got everything to me. I sure hope you get lots of stuffies to grow! I LOVE stuffies!!!

I hope it does not become a mutant.

Ha Ha!! I find this very funny! you are a good gardener! I look forward to seeing what will grow!

To answer your question about my previous post... the moving sheet.... Eventually the sheet won.... but it ended up in the washer all wet!

I may have to ask you for some gardening tips! :) Can't wait to see what grows!

hmmmmm, fascinating! we will let wooos know how mine does! 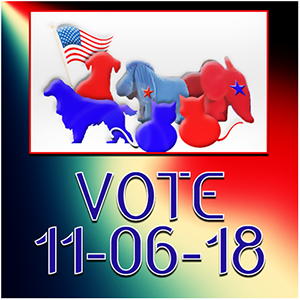 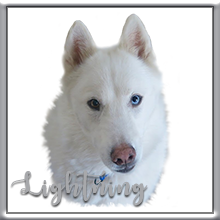 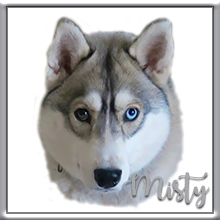 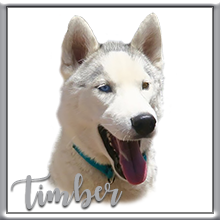