Today is LIVESTRONG DAY. The LIVESTRONG community will be coming together to raise awareness of the 28 million people living with cancer worldwide—and we want to play a part. Find out more HERE.

This October 2, LIVESTRONG is trying make sure that—on every street and every trail, that they’re letting the world know that they’re ready to beat this disease. They want to turn some heads and join the fight against cancer by wearing yellow on LIVESTRONG Day.

As many of you know, about 15 months ago we had to say good-bye to our sweet Princess Dakota. 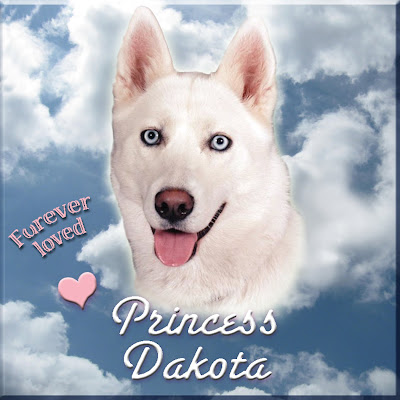 Although in the end, it was not the cancer itself that took her life, she suffered for more than two years with Cushings Disease with a malignant tumor in one of her adrenal glands as well as the likelihood that it had spread to other major organs. After her diagnosis and the failure of medication to control her cancer, she was only expected to live a few months, possibly a year. BUT Dakota LIVED STRONG and fought hard to stay with us and give us many more days of her sweetness. She set an example for all those who suffer from this insidious disease. 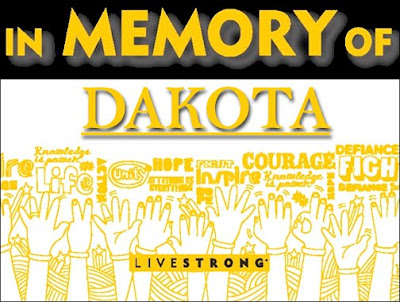 Today we LIVE STRONG every day hoping that Phantom has defeated the enemy for the second and final time. In July 2009, only days after our loss of Dakota, he faced surgery to remove a nasty malignant lump from his chest. His recovery was long and difficult, but he too LIVED STRONG and survived his ordeal. Then two months ago, the ugly cancer made a reappearance on his face. Another surgery, another prolonged recovery, but once again he is moving on and LIVING STRONG. 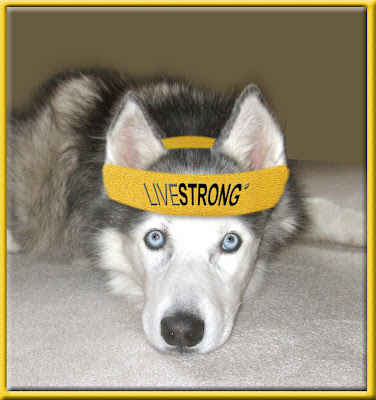 The OP Pack now LIVES STRONG in the hope that Phantom will never have to face surgery and cancer again. 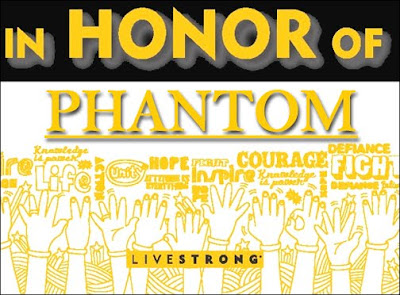 The OP Pack human family has had to deal with cancer on many levels and in many forms over the years as it has afflicted close relatives on both Mom and Dad's sides of the family. All of these situations were serious and devastating for so many. One in particular is forever etched in Mom's memory.

Flashback 36 years to August 1974: Mom had one sibling, a brother named Jack. He was a handsome, blue-eyed young man, 27 years old, a couple of years older than Mom. He had always appeared to be a very healthy person. According to our grandmother and his mother, he never had a cavity, and he was rarely ever sick with a cold or a virus or anything like that. So it was quite the shock when he fell so very sick on Saturday, August 4, 1974. His abdomen swelled overnight to the size of a very pregnant woman. He was hospitalized early Sunday morning and underwent endless tests with no explanation for his illness. Finally on Monday, the terrible news came: Jack had cancer. Inoperable cancer that had spread through all of his abdominal area. All of his major organs were diseased. His prognosis: at most 3-6 months. As you can imagine, the family was devastated. How does something like this happen? Why does it happen? Can't anyone do something to help him? Sadly there were no answers. At the time it was very difficult, but today Mom says it was truly a blessing when her brother Jack died the very next day on August 6, 1974. To this day it is the saddest and most difficult day our Mom has ever had to face. So much has changed in the medical arena for cancer victims. So much more needs to be done. 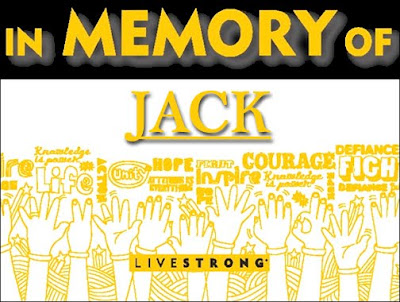 It was not our intention to make this into a sad post. Yes, cancer is sad. It affects so many. But the fight continues. So for all our furry furiends and all our wonderful human friends who are affected in any way by cancer, we say LIVE STRONG and FIGHT the evil "C". We are here to fight and be strong with AND for you. 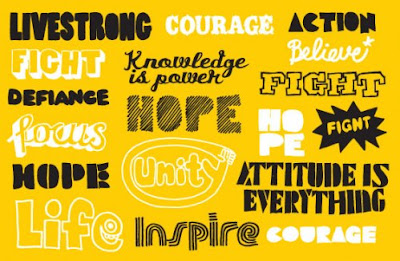 
Pee Ess - thanks to Ann of Zoolatry for our beautiful graphics. And extra special good wishes and prayer to her and her husband Vic and their whole family as they fight the good fight to live strong against the cancer that affects their lives.