What have we here??? 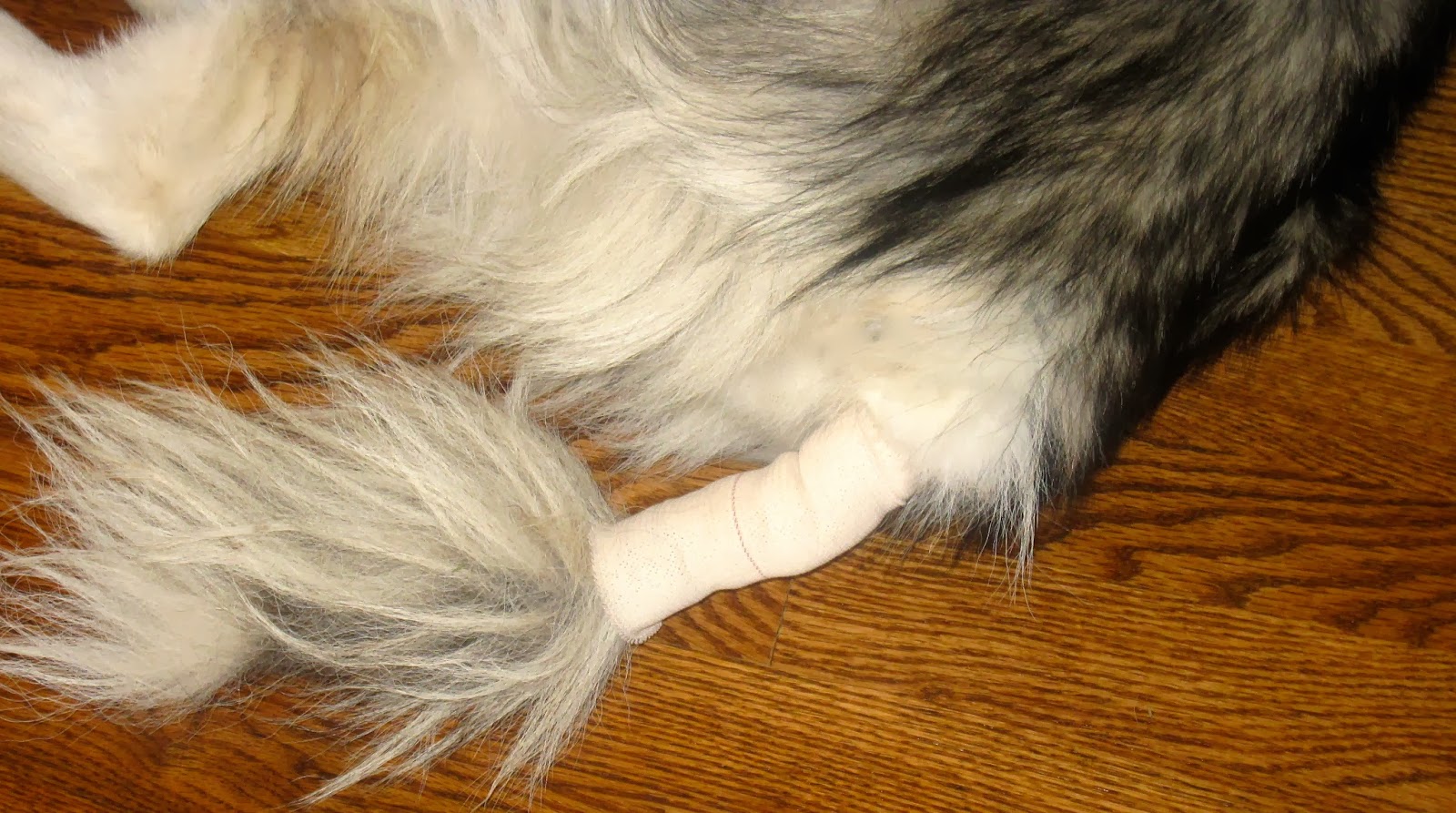 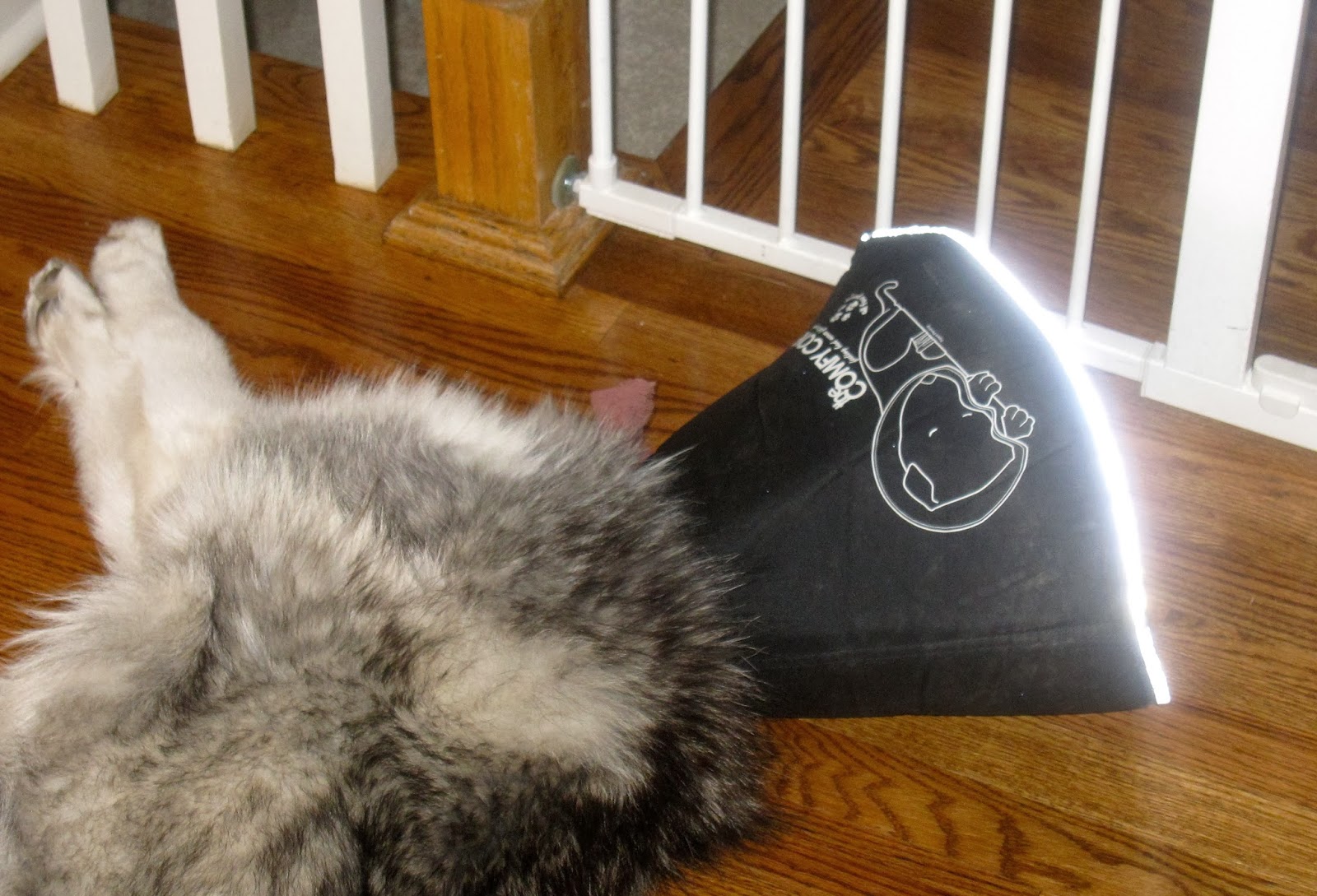 Here I am and I am not a happy camper!  We won't show you any photos of the goriness.  The area really looks gross, but here is what happened.

I had to go the V.E.T again.  Mom found a lot of blood on the floor and discovered a bad boo boo on my tail.  They shaved my beautiful plume at the top and discovered not one, but two, big lumps.  One of them had burst.  Luckily not on the new carpets.

Unfortunately they are the same evil tumors as the one I had on my chest back in 2009 and on my face in 2011.  Hemangiopericytoma - those wicked spindle cells that spread throughout the body.  After a long discussion about the options, the vet and Mom both agreed that the best thing was to remove the lump that had burst, cauterize the area and stitch it up.  The other one is still there right below the BIG hole where the burst one was removed.  The vet said I was a very brave boy because he was able to do the whole procedure without having to anesthetize me, just a local shot of lidocaine.  There is too much risk with anesthesia with a guy of my age.  I also got a big injection of antibiotics that cost mucho green papers but will last me for two weeks.  The vet didn't think my tummy could take oral antibiotics.  You see, they also switched my pain meds last week to tramadol and Marin, but my tummy isn't liking the change very much.  I am just a mess.

Mom here now.  At 15 and with all his medical problems, it really doesn't make much sense to put Phantom through a lot of surgery for these lumps.  His days are definitely numbered, but we couldn't have him here bleeding all the time.  I am just hoping this does the trick.  He will have to wear the bandage for two days and the collar for two weeks until the stitches come out.  Some of you may remember the terrible reaction he had after his chest surgery when he had to wear a t-shirt for weeks.  He got so depressed.  But I know he will try to lick the stitches without the collar.  I have a comfy collar on him now.  It allows him to get in and out of his crate.  I may try to get him one of the inflatable ones so he could eat more easily.  I have one but it is an extra large that we once used for Thunder.  I hope he will cooperate. I hate this thing, but I will try as long as you keep the treats coming my way.

One other note - Ciara HAS been admitted to the study on seizures.  She has had one additional seizure since we last reported here. She must have another one by March 4th to stay in the study.  I am not wanting her to have any more, but if she does, at least she is being carefully monitored by the neurologist and his staff.  For now she is doing well.

Soooooo, you can understand why we haven't been posting much, not much good news around here to share:(